Part 2 can be read here and Part 1 here

The only leg that turned out to be a blot in our otherwise fabulous holiday! Yeah, you read that right! We didn’t enjoy the city as much as we had hoped to.

But the prospect of driving past the picturesque locales and beautiful waterfalls got us all excited and charged up! To add to that we learnt while checking out of Kandy, that our tour operator had upgraded us to a 5 star hotel in Nuwara!

The day had started off well.

We set out in the wonderful weather on a drive which was supposed to take us just about 2 hours or so … but ended up taking more than 4 hours!

The views on the way were beautiful, no doubt. Perhaps even more than Kandy. The entire route was filled with water falls and tea plantations spread far and wide.

Barely an hour into our drive, we were taken to a tea factory where we got to see how tea was manufactured, how tea leaves were ground, then dried, powdered and then graded. 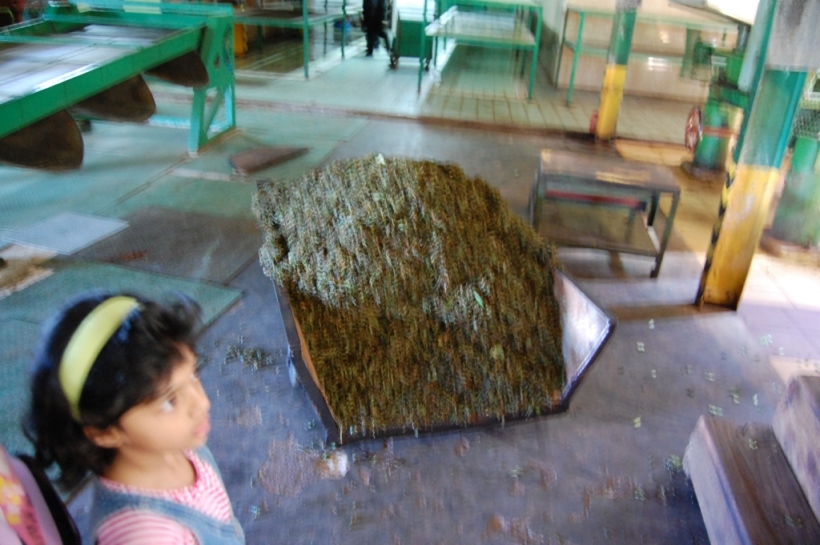 We were treated, right after to a steaming cup of factory-produced tea.

Nevertheless, the tour around the factory was well worth the experience.

From here, we set out on our way up to the hotel and it was from this point that our journey began to drag. We had hoped to reach the hotel in time to have lunch but even after two hours’ drive, it was nowhere in sight. Thats when our driver said that the hotel was a good two hours further away from the city which made us realize that not all upgrades can be a welcoming proposition!

Namnam was so bored and we, so tired after the long walk around the factory followed by the long drive that we decided to halt at a cafeteria on the way and fortunately for us the cafe also had an outdoor play area. So we rested there for about 15minutes while Namnam had some fun on the slides and swings.

By the time we reached Heritance Tea Factory after a steep climb up, we were famished and terribly exhausted.

So much so that we couldn’t wholeheartedly enjoy the beautiful surrounding which the hill-resort was known for.

We were to be there for just one night and more than half the day had already passed which we had spent mostly on road.

And since we had reached well after the lunch hour there wasn’t much we could feast on either and the restaurant staff took their own sweet time to serve us food.

Even worse the location of the hotel was so far away from the city that there were no restaurants or eating joints that we could just stroll by to feed our growling tummies. Not even a shop where we could run to get a pack of biscuits for Namnam who was terribly hungry.

It was clearly not turning out to be a very relaxing and stress free day.

This is where we realized that the hotel, although a five star property, was not something we would recommend for families with small children, because for us it was not favourably placed at all. Not only did we have a rough time getting there, but the place seemed completely cut off from the city with no shops or pharmacies in the vicinity.

It may be a good option for couples, young and old alike, for whom the town’s obvious detachment from the city could be appealing. But it didn’t appeal to us much.

Anyway we checked ourselves in , finally, after which we had only few hours in hand within which time we unpacked, freshened up, managed to walk around the property, take a few pictures of the surrounding… and got back to the room to pack again for the next day’s journey.

Some snaps of the moments captured.. 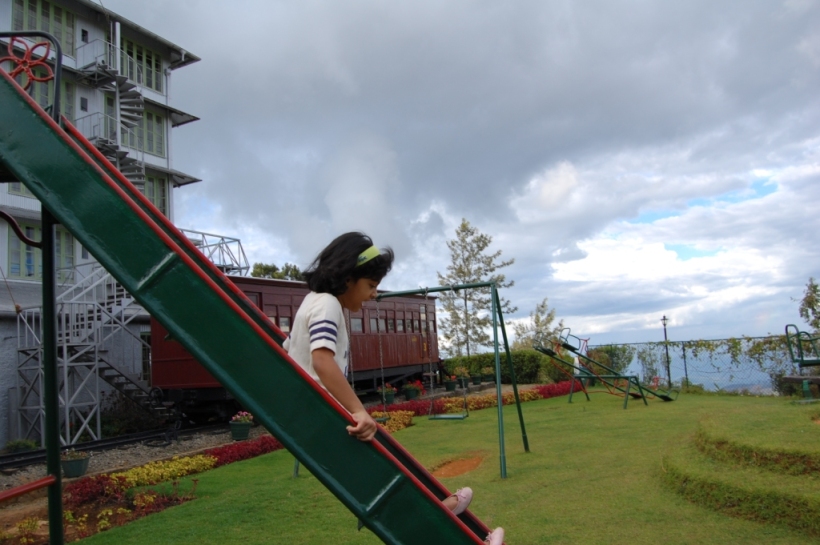 Like I mentioned earlier, it was not that the city was not beautiful. Perhaps on another day, at a different time I would have enjoyed staying in tea factory, but not this particular day that we chose, or rather our tour operator chose for us.

PS: Dont worry, people! I shall be back with my final part before the year is over 😉