Then its no less than a day well spent, right?

The summer has been trying to peek its head way too many times lately with the cool, fresh, wintery air that we have been waking up to for the past few months getting replaced off and on by warm and stuffy one. While the nights have been largely nippy still, the days have been a shuffle between cool and crisp breeze with balmy and sandy wind occasionally thrown in. Which makes me realize that in a few weeks this pleasant weather will make way for the ferocious summer :(.

So how do we make the most of the last few bits of the favourable weather left? We head out to the park and give ourselves a go…kids and grown ups alike!

And that’s what we did yesterday.

Now most of our Fridays are spent either by staying at home or strolling around the shops and malls ogling at all the displays or taking the same old ride in the gondola or checking in to the usual kiddy-zones with Namnam. So, yesterday when Namnam suggested that we go to the park, it sounded like the perfect change to the routine. And luckily the day was perfect for outdoors with just the right amount of sunlight to brighten up our day and the lovely breeze to cool our hearts :).

And to make it even better and more fun, we were joined by my friend and her family too. So without much of a dilly-dally, we geared ourselves up with our flying discs, bike, trike and camera and off we zoomed to the newly opened Museum of Islamic Art Park.

Needless to say it was a joy-ride from the word go.

While the kids cycled around the park, occasionally stopping by the fountain to splash water at each other, the mothers tagged along beside them to join in the splashing fun :). And the fathers? Well, they had the flying disc and foot-ball to help them bring out the zestful child in them!
.
Then there was bungee-jumping which had both mamas and papas give their adventurous selves some real good push! We were tied to a harness each and asked to jump on a trampoline and lift ourselves up as high as we could! I know I know…not the real deal but it did give us as much of an an adrenaline-rush! And a fantastic exercise for our abs 😀

Anyway after the bungee-stint, while the mothers were drained of their energy, the kids and fathers were clearly not. So they had another round of miniature foot-ball, took few dig-ins at the sand-corner and some rounds of slides and swings and other rides, while us moms captured the priceless moments into our cameras and sealed them in our hearts! 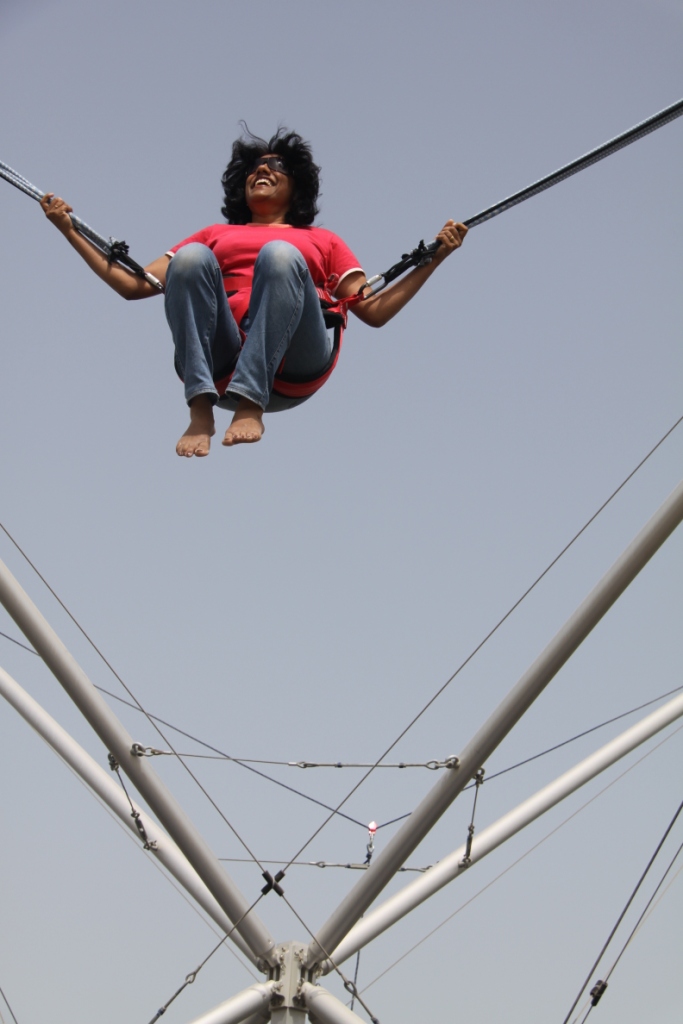 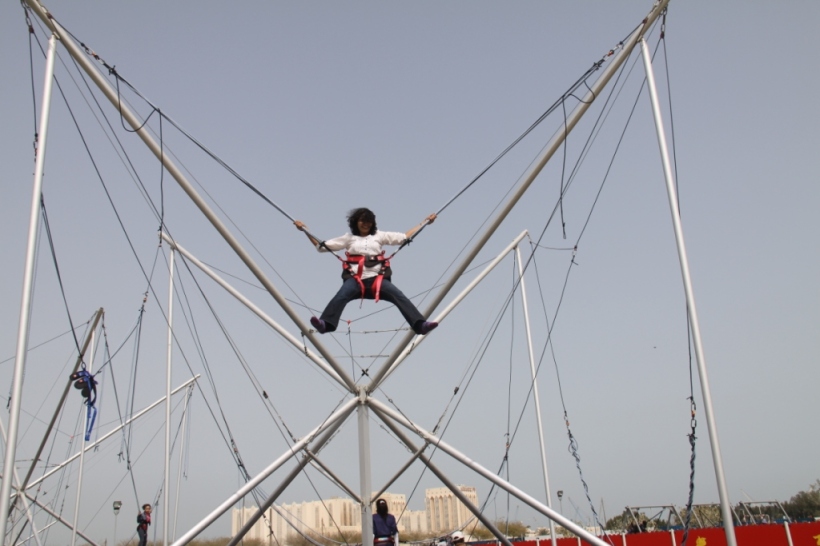 And after the bungee-jumpers’ show, it’s time for the acrobats to spring into action… 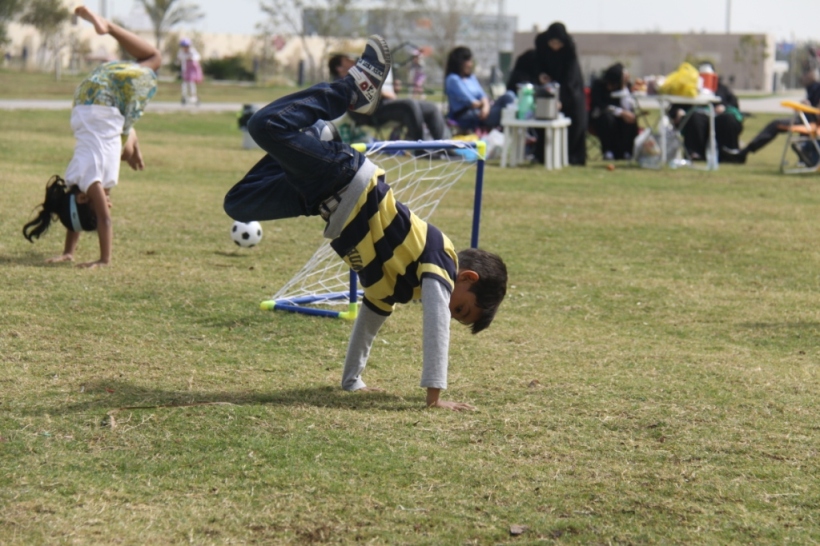 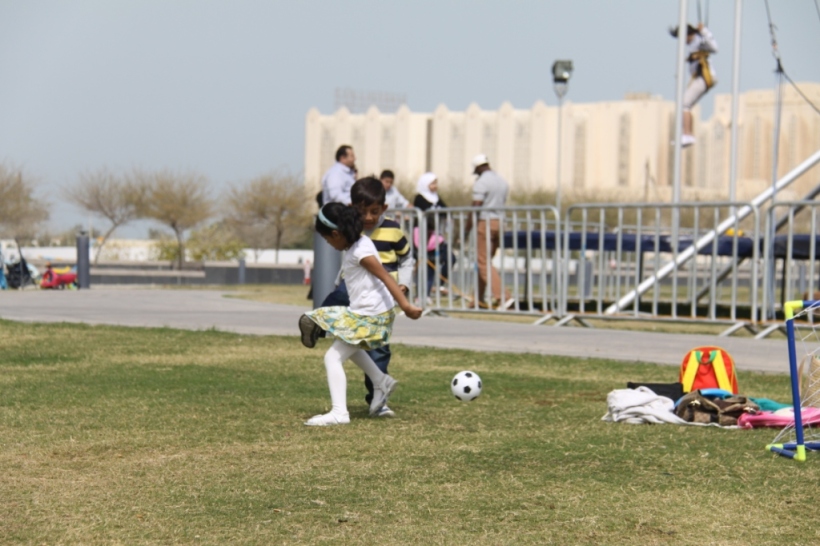 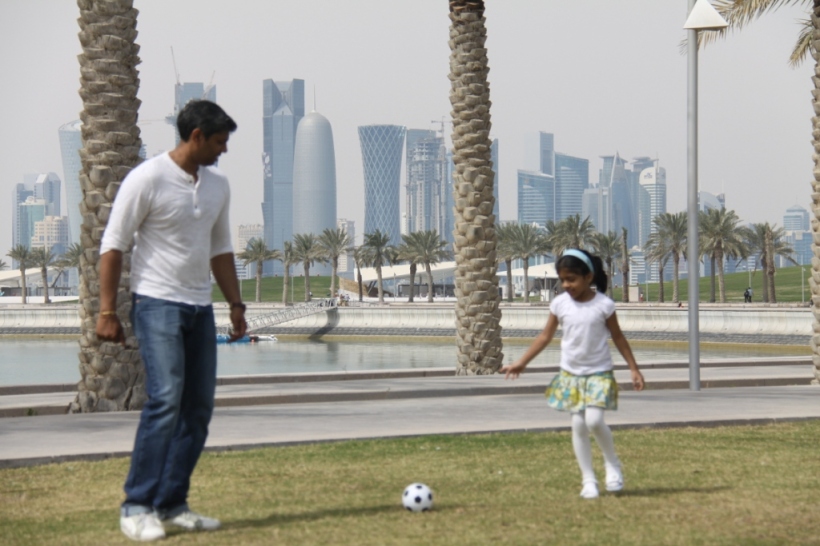 And its a goal!

With that we’re ready to drag and pull ourself and our bike and head homewards.. 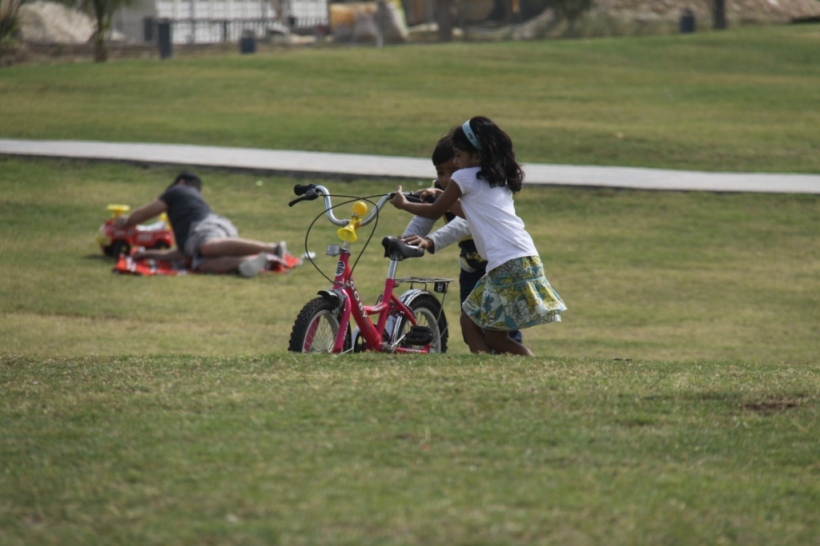 This is how our weekend was. How has it been for you all?